Graduated with honors from the Milan Conservatory "G.Verdi", he completed his studies at the "W.Stauffer" Academy in Cremona with Bruno Giuranna.

Principal solo  viola of the RAI National Symphony Orchestra, he has collaborated with major conductors such as R.Muti, M.W.Chung, D.Barenboim, D. Gatti, R.Chailly, D.Harding, C.Abbado, V.Gergiev, F. Luisi, K. Petrenko, playing in the most prestigious theaters around the world. From 1993 to 1999, winning the international competition for the position of viola tutti, he was part of the Orchestra of the Teatro Alla Scala
He has played as a soloist with the Rai National Symphony Orchestra, the Chamber Orchestra of Padua and Veneto, I Pomeriggi Musicali di Milano, Filarmonica del Festival di Brescia and Bergamo, I Cameristi della Scala, I Moscow Soloists, the Hessisches Orchestra of Wiesbaden, Armenian Philharmonic Orchestra, Krasnojarsk Chamber Orchestra, Abruzzese Symphony Orchestra. He has been regularly invited, as Principal viola guest in the orchestra of the Teatro alla Scala and Filarmonica, by the Music Directors: Ricardo Muti, Daniel Baremboim and Riccardo Chailly.

In 2009 Claudio Abbado invited him to play in the Lucerne Festival Orchestra.

There are numerous performances of Mozart's Sinfonia Concertante with soloists such as G.Carmignola, A.Milani, D.Schwarzberg, M.Rizzi.With the Rai Orchestra he performed the Bartók Viola Concerto conducted by G.Phelivanian, the concert by Hindemith "Der Schwanendreher" under the direction of J.Axelrod, "Harold en Italie" with the direction of A.Lazarev, Mozart's Sinfonia Concertante for Violin, Viola and Orchestra with A.Milani and C.Arming and Robert Trevino.In 2013 he was invited to Sochi (Russia) for a concert with Yuri Bashmet and "The Moscow Soloists" for the presentation of the 2014 Winter Olympics. Recently he was invited to a series of concerts in Russia in Krasnoyarsk to perform Mozart's Sinfonia Concertante with violinist Sergei Dogadin (First prize gold medalist Moscow Tchaikovsky competition 2019) with conductor the great soloist Victor Tretyakov.

There are many collaborations in chamber music with musicians:Y.Bashmet, L.Hagen, M.Argerich, N.Znaider, M.Brunello, G.Sollima, E.Dindo, A.Meneses, V.Tretiakov, M.Rizzi. With Alessandro Milani and Pierpaolo Toso he re-founded the Nuovo Trio Italiano D'Archi, a name that came from the glorious and historic chamber ensemble of Franco Gulli, Bruno Giuranna and Giacinto Caramia. Lecturer in various music courses in Italy and abroad, he is a member of numerous competition juries.

The downloadable material is available in the press kit section 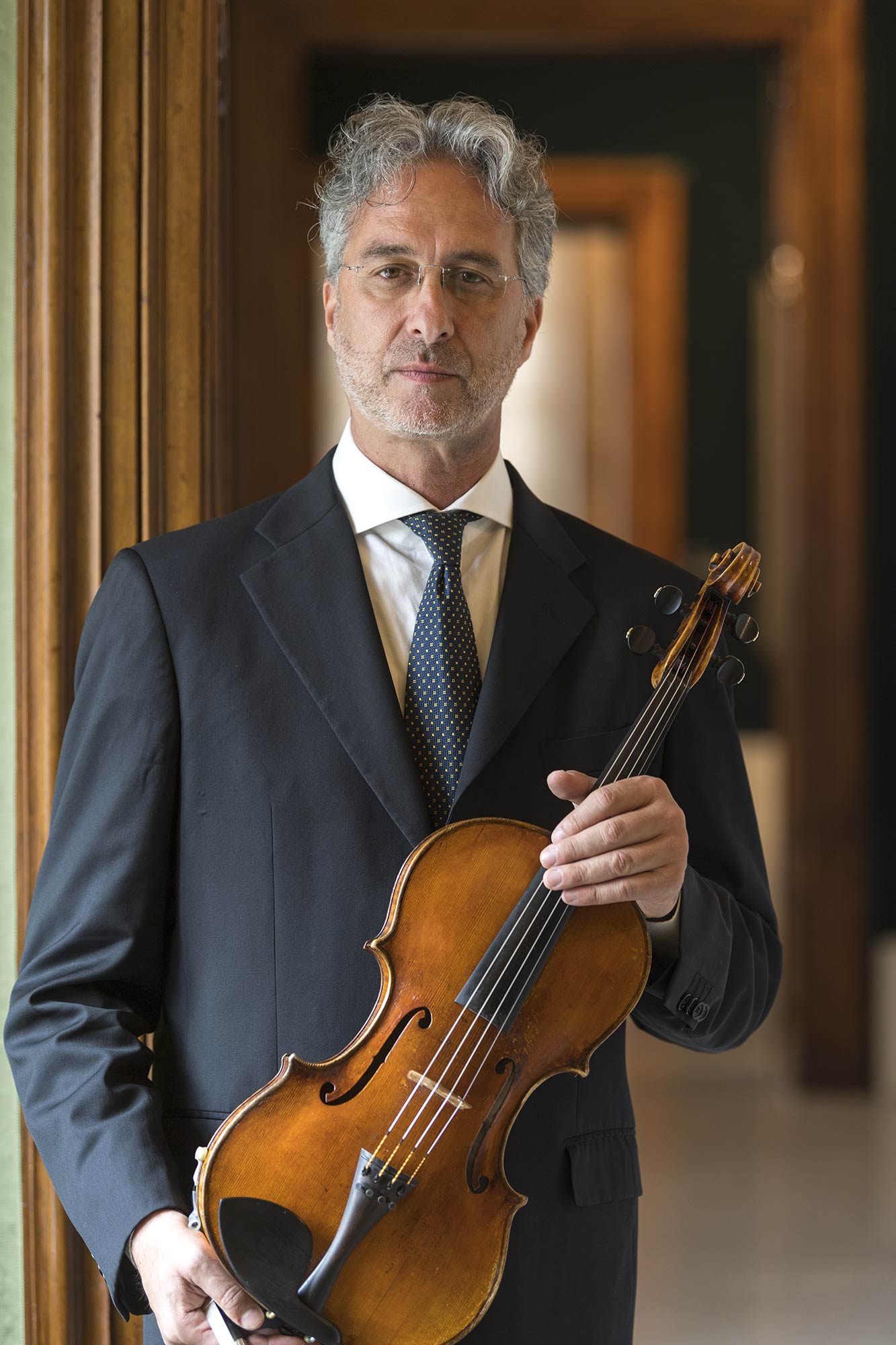